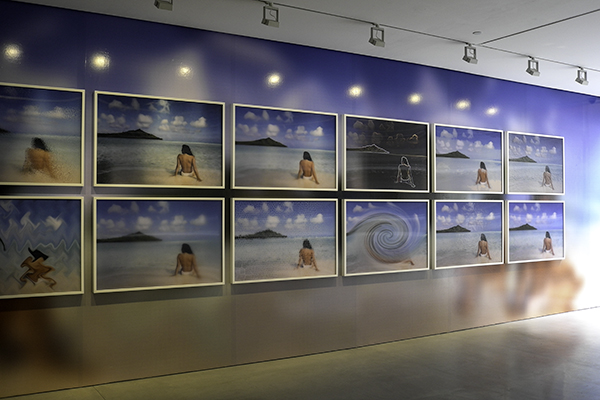 [From Happy Famous Artists] “Entering Constant Dullaart’s show Stringendo, Vanishing Mediators at Carroll/ Fletcher is like stepping into a Matrix. An immersive world where Photoshop filters, brushstrokes, masks and marching ants come to life in unexpected forms, where Google search box recites its Terms of Service in a seductive voice and where a lonely piano plays an autistic version of Together in Electric Dreams.”

“Four more artists have withdrawn from the Sydney Biennale…” [#geekgirl] [From an article at Artshub] “Four more artists have withdrawn from the Sydney Biennale in response to its refusal to sever ties with Transfield. This brings to nine the number of artists who have pulled out of the Biennale because of its partnership with Transfield, which manages the offshore detention of asylum seekers.

Agnieszka Polska, Sara van der Heide, Nicoline van Harskamp and Nathan Gray announced today they would not participate in the prestigious exhibition. They have asked the Biennale to leave their spaces blank so their protest will be obvious.

The boycotts came after a letter, now signed by 37 artists, asked the Biennale to cancel its partnership arrangement with Transfield.”

Stockholm based studio Humans since 1982 will present their kinetic work “A million times” at Design Days Dubai / Victor Hunt Gallery from 18 – 21 March 2013.