The current Black Finch Project takes its name from the tiny, almost extinct bird whose last key habitat is threatened by the Adani mine. There are thought to be only 1,000 of the species remaining and scientists have warned that the native finch may well be wiped out by the habitat-destroying mining operation.

Adani’s management plan for the endangered bird was initially rejected by the Queensland state government, before a revised plan was approved on May 31. Despite the revisions, scientists have serious reservations about the finch’s ability to survive.

Changes to the Robobee — including an additional pair of wings and improvements to the actuators and transmission ratio — made the vehicle more efficient and allowed the addition of solar cells and an electronics panel. This Robobee is the first to fly without a power cord and is the lightest, untethered vehicle to achieve sustained flight. (Image courtesy of the Harvard Microrobotics Lab/Harvard SEAS) June 2019

#TheBigRescue: What your pet has to say about shelter life #video [#geekgirl]

New Zealand underwear company, Thunderpants have launched their latest ‘colour me’ range – underwear and clothing covered in mushrooms of all shapes and varieties. For every pair of the fungi filled Thundies sold throughout April, one dollar will be donated to SAFE, Save Animals From Exploitation, NZ’s leading animal advocacy organisation. Designed to unleash customers creative side these organic fair trade undies can be custom coloured to create a one-off unique pair.

Since 1932 SAFE has been defending animals against cruelty and abuse and making significant improvements to the lives of animals by raising awareness, challenging cruel practices and changing attitudes. SAFE is a non-profit charitable organisation funded by the good will of the community.

The launch of this design also coincides with Thunderpants leap into trading solely online as they cease to wholesale to over 80 retailers throughout NZ and Australia from 1st April 2018. A decision made by the company in order to meet the ever growing demand for these awesome undies, while still remaining ethical and NZ made.

For more info or to purchase Thunderpants 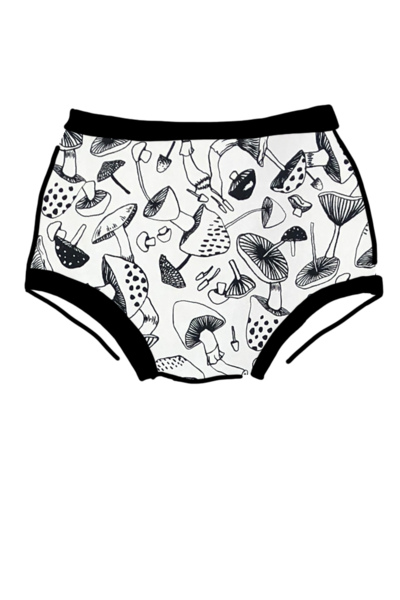 The family of robot animals from the German developer of robotics Festo is growing. The company presents many new robots, for example: a swarm of ants that can interact with each other, as well as butterflies and dragonflies, which are characterized by all the ease and grace of these insects. When they were created, the company focused not only on their appearance, but also on behavioral characteristics.