This one isn’t that new (made in 2014). I stumbled across it when I was researching drone music. KMel Robotics (supported by the military industrial complex) presents a team of flying robots that have taken up new instruments to play some fresh songs. The hexrotors create music in ways never seen before, like playing a custom single string guitar hooked up to an electric guitar amp. Drums are hit using a deconstructed piano action. And there are bells. Lots of bells.

On June 27 th the Abortion drone will fly for the first time packages of abortion pills from Frankfurt an der Oder in Germany to Słubice in Poland.

The campaign is a collaboration between Women on Waves; Cocia Basia, a Berlin based abortion support group for Polish women; Feminteka Foundation from Warsaw and the 8 th of March women’s rights informal collective “Porozumienie kobiet 8 marca”.

The Abortion drone will mark the different reality for Polish women to access to safe abortion services compared to other women in Europe. In almost all European countries abortion is legal, only in Poland, Ireland and Malta abortion is illegal and women’s rights are still violated.

The drone will start its journey at 11 AM from “Am Winterhafen” in Frankfurt an der Oder and fly to Słubice. There will be opportunity for the press to ask questions after the landing of the abortion drone in Poland. The exact location will be announced the night before the flight. 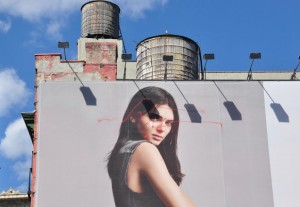