Melbourne will be the first city in Australia to display Baby Love, a large public artwork comprising giant coloured teacups that remix lovesongs. Visitors will have the chance to not just view the work but experience it, literally, by riding in the teacups beside giant cloned plastic babies. The artwork is the fantastic creation of Taiwan-born artist, Shu Lea Cheang who will be in Melbourne for the opening of the exhibition on Friday 24 August and will talk as part of a series of free artist talks on Sunday 26 August at 2pm.

Another guest of the exhibition is Keiji Takeuchi. He is one of the artists from Japan who have created Emergency Exit, an artwork that will make you see the ubiquitous signs that surround us in a completely new way.

Experimenta gratefully acknowledges the financial support of the Australia China Council for making it possible to bring Baby Love to Melbourne.

Experimenta is also grateful to the Japan Foundation for its financial support in helping us bring Emergency Exit to Melbourne.

From 16 July check our website for more information: www.experimenta.org

There’s a lot of anticipation about the new Transformers movie that opens July 4th/07. Personally although I like Michael Bey films; I was slightly disappointed with the Island. Tended to kind of crumble around the sandy beaches and frizzled blondes a bit.

Anyway good ol’ Wired has done a bit of a feature on 25 years of Butt-Kicking Bots, which I think is totally worth checking out and awesome.  Issue 15.07

Put your butt out!

At last the final stages of the Passive Smoking legislation is about to come into effect on Sunday 1st July/07 for Victoria. Under the amended Tobacco Act 1987 (Victoria), smoking will no longer be permitted in any enclosed (or substantially enclosed) licensed premises. ‘Substantially enclosed’ refers to 75% or greater of the total notional wall area.

Let’s see how many pissed punters take exception to this ruling at gigs. I recall Mars Volta specifically asking their ‘fans’ not to smoke to no avail. Anyway, I am welcoming this new law, as someone who used to smoke up to 70 a day I recognise it may be a bit of a challenge, but just think of the enjoyment to be had from being considerate (LOL).

Worth noting you may be able to supress the little guy and his fag, but it’s hard to keep monsters like Philip Morris from not finding inventive ways to keep people addicted. Not only has Philip Morris been tinkering with the idea of flavoured fags that appeal to young people, they also in the past planned to test a microelectronic cigarette holder that eliminates smoke and ashes from end of cigarette; battery-powered ‘smoking system’ is first of its kind and cost $200 million to develop after years of research; device is beeper-sized, four-ounce box containing specially designed cigarette and electronically controlled lighter that runs on rechargeable batteries; tobacco burns only when puffed; critics say device demonstrates lengths to which tobacco industry will… 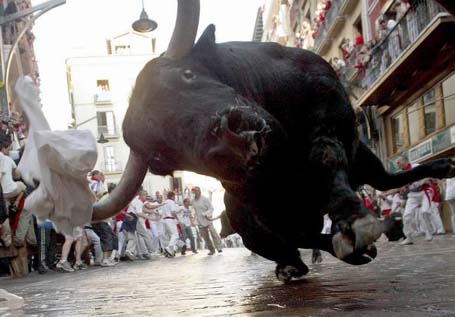