geekgirl // (say ‘geekgerl) noun Colloquial a female computer geek, especially on the internet [coined by Rosie Cross, born 1958, British internet publisher in Australia, as the title of her online magazine] 1993. 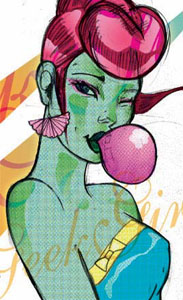 Proud to boot, and a digital repository for interesting bits of infotainment Slogans “put down that pony and pick up a computer!” & “Grrls Need Modems”.

– Arts Degree (Journalism) from the prestigious Mitchell College of Advanced Education, Bathurst in 1986. From 1989 connected to the ‘net with dial-up modem. 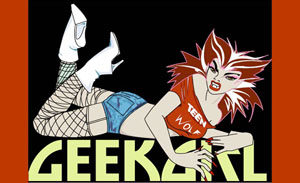 Note: This bio does not include work history per se :D.

As worn by Noodleboy. (RIP you best bitchin’ froodle in the world)…